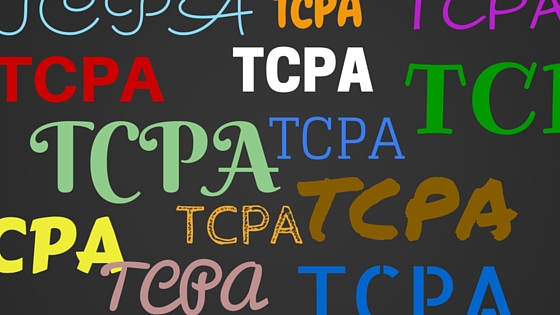 The TCPA, the Telephone Consumer Protection Act, is a series of rules and regulations adopted by the United States’ Congress in 1991.

Back in the late 80’s when landlines were still the order of the day, it was a common occurrence in the upper-middle-class families to have dinner when the landline would suddenly start shrieking. The disturbed family member would reach the landline only to find out it was a marketer trying to advertise a product. This annoyingly frustrating occurrence happened in many homes and continued until the Congressmen came together in Washington to address the problem.

A series of regulations were enacted, and these were compiled into an Act known as the TCPA.

The TCPA’s primary area of concern is

the express consent of the receiver

A brand is well within the provisions of the law of the United States once a receiver has given his express consent to a brand prior to the sending of marketing texts.

The Federal Communications Commission (FCC) is the primary government body saddled with the responsibility of continually updating the TCPA regulations.

When the TCPA was first implemented in 1991, the contents of the act dealt with unwanted calls. Over the years, sending of texts has become almost as popular as making a call itself, and under the current updated TCPA statutes, an unwarranted marketing text message attracts the same penalty as a marketing call that was placed without the prior consent of the receiver. Therefore, because of changes in technology, constant alterations and additions are being made to the original TCPA statutes by the FCC to keep up with recent trends and happenings in the fast-paced world of mobile technology.

The Telephone Consumers Protection Act was actually implemented for a couple of salient reasons.

The privacy of people was being violated and unchecked. We would all agree that it is quite unnerving to be in a very important and decisional meeting, in which extremely sensitive issues are being discussed, when all of a sudden one receives a message to opt-in for a promotion that gives you the chance to win a fishing trip to the Atlantic.

Therefore, the TCPA stepped in to protect the privacy of the general public.

Apart from violating people’s privacies, some of these messages caused people to incur a charge when received. This led to loss of thousands of dollars in several cases and prompted the establishment of a regulatory mechanism.

According to the TCPA, marketers need the prior written consent of potential receivers before sending marketing text messages. Ordinarily, one might think brand marketers can only acquire written consent by getting the receiver to append his signature to an agreement, but that was in the 90’s.

Now, a lot of things have changed…

and consent can now be received through digital means. In the modern day world of text message marketing, a brand can receive permission from an individual to send that person marketing messages by getting the individual to text a particular string of letters or numbers to a particular short code. Consumers may also give their consent online.

Since technology is continually changing, the FCC is constantly updating the provisions and regulations of the TCPA to suit current technological trends. It is therefore important for all stakeholders in the digital marketing world to be up to date with the several ways through which consent can be given by receivers and the updates which are constantly being made to the TCPA by the Federal Communications Commission.

One of the things the TCPA seeks is the balance between the privileges of privacy enjoyed by the general public and the maximum reach that brands can attain with prior consent. To strike this balance between consumers and brands, the TCPA is being continually updated to keep protecting consumers from spam and useless calls. At the same time, the TCPA is rigorously vetting new means to receiving permission from the public to ensure that people can actually give their consents without much stress, enabling the brands to be able to reach out to as many people as possible.

As a receiver’s consent is the most important factor in any TCPA-related lawsuit, it is important for brands to carefully and meticulously keep records of consents given by customers, logs, and records of marketing calls and messages sent, of messages received from consumers, especially those sent to revoke their consent, and even of messages received by the brand by mistake to ensure the integrity of their records. Once a brand can produce authentic evidence that a consumer consented to receive messages about a particular product, and if the brand can prove that such a consent was not at any point revoked, then such a brand is in the clear in any lawsuit that may come up concerning TCPA regulations between such an individual and the brand.

While complying with the TCPA’s regulations, brands must also keep in mind to follow the regulations of other regulatory bodies (like the CTIA and the wireless carriers) in the dissemination of product.

We know how to generate leads and reach over 40% click-through rate.

Noc Solutions will provide a state-of-the-art platform that meets your requirements.