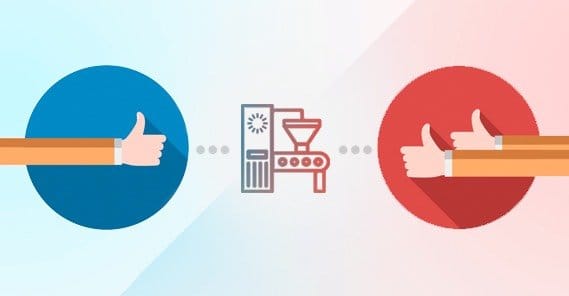 According to the statutes of the Telephone Consumer Protection Act(TCPA), before a brand can send marketing text messages to a particular recipient about its products, it is essential to gain the express consent of that particular consumer first. It is also quite important for this consent  to be in a written form that can be kept or recorded appropriately for future reference. When the TCPA was established as a federal act in 1991, getting written consent meant that potential recipients of marketing text messages had to sign a physical agreement with the brand to receive text messages from them. The paper signed would contain all the terms and conditions of the agreement, whether per message or per call charges would be incurred by the recipient, the frequency of the text messages and a couple of other variables. At that time, text messages weren’t such a widespread phenomenon and concern was mainly fixated on recurrent, unwanted calls from brands who wanted to advertise their products to random phone numbers.

With the gradual advancements in technology over the  years, text messaging has become quite a widespread service and the Federal Communications Council, (which is the government agency saddled with updating TCPA  regulations to suit modern mobile technology trends among other  functions) has added text messaging to the list of things that need consent before they can be sent. Since enrolling people in a text messaging campaign needs their prior express consent, it is very important to make sure that the express consent of potential recipients is properly administered. If the prior consent of a particular mobile subscriber is not sought before sending marketing text messages to him, such a person has the liberty to head to a court to tender his case. If the company can’t give a concrete evidence of prior consent given by the aggrieved subscriber, the brand is liable to pay between $500 and $1500 in statutory damages per text message sent.

It actually can get worse. In the case of class-action cases, a couple of plaintiffs come together, hire a  common attorney or group of attorneys and sue a particular company that has been sending all of them unwanted text messages without their prior consent. If the brand is found guilty and cannot produce evidence of consent given by every single plaintiff, they are liable to pay between $500 and $1500 in statutory damages per text message sent to every single person. If the text messages are numerous and the people are considerably many, the company might find itself liable to statutory damages payments running into millions of dollars. If the brand can produce concrete evidence that the plaintiff actually gave his consent to be enrolled in the text messaging campaign, the plaintiff would not have a case, and the lawsuit is dismissed.

Most times, as soon as a company receives a demand letter or court summons concerning the violation of a TCPA regulation, the standard procedure is to look for evidence of consent. If they can find any evidence of consent, it is usually immediately sent to the consumer or his attorney and the case is usually called off. The demand letter or summons is often treated as a revocation of consent, and the consumer is immediately removed from the text message marketing campaign. However, if the company cannot find evidence of consent from the aggrieved recipient, an agreement is usually reached, a mutually agreed sum may be paid to the concerned recipient, and the case is resolved outside of court. Some federal agencies like the Federal Trade Commission (FTC), the Federal Communications Commission (FCC) and the State’s Attorney General’s Office can also drag a TCPA violator to court. It is also important for brands to obey guidelines of the CTIA to avoid suspension of their short codes.

Now, it is crystal clear how important seeking the consent of a potential recipient of a brand’s marketing text messages is. The question now is: Is it compulsory for a recipient to opt-in twice into a text message campaign to ensure that he has given his unconditional consent to join the campaign? According to the TCPA regulations, a double opt-in is not actually obligatory to affirm consent. However, digital marketing experts recommend a double-opt-in for some situations just to ensure that the consumer is sure of the terms and conditions they agree to.

For instance, if there is going  to be a per message charge that would be deducted from the consumer’s balance for each message received, it might be a good idea for the consumer to give his consent twice just to assert his consent to the fact that he would have to pay to be part of this particular campaign. If the text messages are going to be extremely frequent, it might be a good idea to get a double-opt-in from the consumer, ensuring they fully understand the details of the campaign before enrolling them in the campaign.